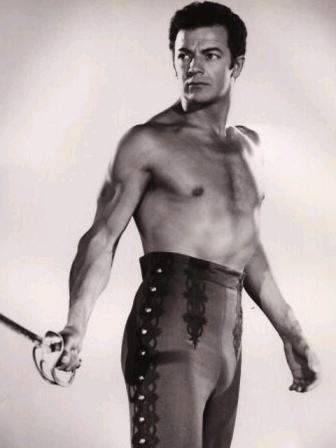 Hollywood!  I was 26 years old and working in Hollywood.  I knew nothing about California except for what I saw out of the cab window on my way to start my first day of work.  Dick Byrne greeted me and took me back to his (soon to be mine) corner office.  He brought me up to date on what was going on in the two zones I would be covering.  He introduced me to everyone in the office.  I asked him about his retirement.  He was going to live in his condo in Apple Valley, near Victorville in the Mojave Desert.  His wife was already out there, and Dick was living in a motel for the next week until his retirement became official.  He couldn’t wait to start playing golf every day.  Dick then took me to lunch.  As we walked out onto sidewalk, I immediately realized that I was on the Hollywood Walk of Fame. Treading lightly on the names of long-deceased celebs, we soon reached the Musso & Frank’s Grill.  I had never heard of it.  I will never forget it.  Opened in 1919, the dark interior features red leather and mahogany.  The waiters, many of whom have been there for years, sport red jackets and black ties. Faulkner used to go behind the bar to mix his own mint juleps, Fitzgerald would 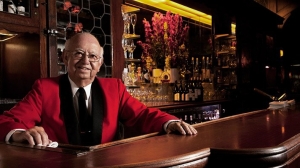 sit in a booth and review his writing.  Their nonpareil martinis are served in carafes.  Gore Vidal described the place, saying,  “Coming into Musso’s is like stepping into a warm bath.”  It was during lunch with Dick that I saw my first movie star: Cornell Wilde!  He was sitting alone at the next table, quietly eating his Shrimp Louie.  He was probably contemplating whether or not to appear on “Dean Martin Presents The Goldiggers.”

As our lunch was finishing, Dick asked me where I was planning on living.  I told him that since this was my first trip to LA, I didn’t have a clue.  He suggested the Park LaBrea complex.  “It’s very close to work. My wife and I lived there for 22 years. You should really consider it.”  I told him that I would. When we got back to the office, Dick went off to make some phone calls. Some of the other staffers also asked me where I was going to live.  I mentioned Park LaBrea. “Noooo!!,” they said as one. They explained that even though Dick and his wife had lived there for 22 years, when his lease term was up the first of April, he had to either renew for another year or move.  They didn’t allow month-to-month leases. They moved out, with Dick’s wife going to the desert condo, and Dick staying in a cheesy local motel.  On top of that, there was no central air conditioning at Park LaBrea, and window air conditioners were prohibited.  Since it was 102 that day, Park LaBrea was crossed off my list.  Just then, Dave Koontz, one of our TV producers came up with a suggestion. Dave’s wife, at the time, was Christina Crawford of “Mommy Dearest” fame.  “Hey man, do you have any kids?” We didn’t at the time.  “You should check out a place called Marina Del Rey.  It’s on the water, and it’s a non-stop party place.”  That sounded very good to me. 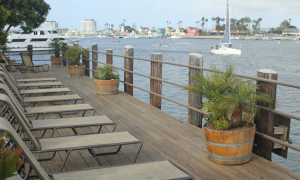 The next day I drove to the Marina and visited one apartment complex: Mariner’s Village.  It was right on the main channel into the Marina. It truly was a village, or at least my imagery of one.  It even had its own on-site dry cleaners!!  The two bedroom unit they showed me was perfect.  The living room sliding glass door went out to a balcony with a breathtaking view of the water.  Sailboats slowly cruised by right on front of me.  “I want it,” I screamed. “I’ll be back in 48 hours with my wife to sign the lease.”  I ran to the nearest pay phone and called my wife in Kansas City. “I have found the promised land! It’s an apartment right on the water. I’m flying home tonight to start packing, and then we’ll fly back here tomorrow.  You’ll love it”

Timing is, truly, everything.  Bad Timing Item #1: When we got off the plane in LA, it was 104 degrees with a Stage 3 smog alert.  I think Stage 3 meant that your skin would start blistering if you were outside for more than ten minutes. My case for moving to LA wasn’t helped by the fact that my wife’s 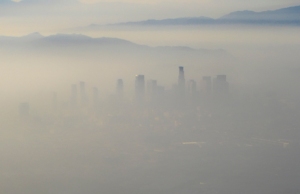 eyes were burning and she had developed a nasty hacking cough in the last ten minutes.  Bad Timing Item #2: When we got to Mariner’s Village, I found out that my dream apartment had been leased to someone else that morning. “But I told you I was coming right back,” I sobbed. “Sir,” they officiously scoffed, “we don’t ‘hold’ units without a deposit.”  “Is there another one?”  “No, they said.  We have no more vacancies. We’d be happy to put your name on a waiting list.”  I stormed out.  There had to be other really cool Marina apartments for rent.  After driving around for three hours, I found that there weren’t.  We stopped for lunch.  My wife bought the current issue of Newsweek.  When I returned from the bathroom to join her at our table, she threw the magazine at me.  “Now I know why you want to move to LA!!!” 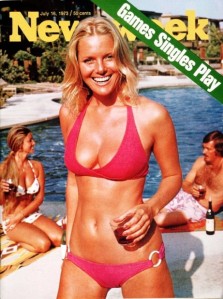 The cover story of the current issue of Newsweek was an expose on the anything-goes, swinging sex scene lifestyle found in a place called Marina Del Rey.  To top it all off, the cover picture was taken at the pool at Mariner’s Village, the place I had been dying to make mine.  “You can move here if you want.  But I’m not coming with you.”  Hmmmm.  I realized that I had some selling to do.  And I only had 24 hours to do it. I desperately suggested, “Let’s drive around for a while. We might find something.”  I was clutching at straws. I managed to get lost as we drove in ever-widening arcs away from the Marina.  “Why don’t you give up?  We’re not going to find anything we like,” she said.  Just then, I saw it.  The sign that said “Luxury Apartments and Townhouses just ahead.”  Last chance.  I pulled into Raintree. It was just off Jefferson,east of Overland in Culver City.  MGM was selling off 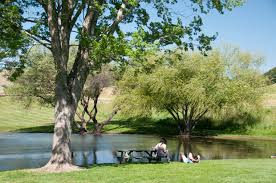 many of their backlots.  Raintree was no exception.  Many of the exteriors from the Elizabeth Taylor movie, Raintree County were filmed on this lot.  MGM left the small lake which was now the centerpiece of the complex.  The units were brand new, unoccupied.  We could have our pick.  Once you passed the guard gate, the air was cooler, cleaner. Large willow trees shaded the walkways.  The resident managers were from Ohio, and spoke Midwestern.  They told us that Telly Savalas and Isabel Sanford (The Jeffersons) were residents in the townhouse section of Raintree. My wife said, “This will do.”

Next:  Chita Rivera Saves The Day

One thought on ““Have You Met Any Movie Stars?””