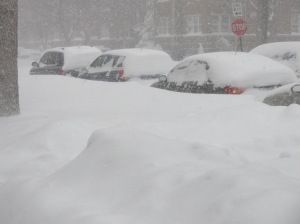 Thanksgiving of 1977 was particularly festive…despite the Lions being drubbed by Walter Payton and the Bears 31-14 in the Thanksgiving Day Game. My wife and I had told our families about the impending move to LA, but no one else. We put our house up for sale, but couldn’t put the “For Sale” sign in the lawn yet, as we didn’t want to raise any suspicions. A co-worker lived a block away. Being a short-timer also allowed me to laugh off the craziness.  President Gerald Ford’s son, Jack, was a rep for Rolling Stone Magazine.  He called on me one day to pitch Chevy on appearing in the publication. We talked about the need to attract younger

buyers and, since we were both from political families, we talked a lot of politics. Jack put together a proposal for Chevrolet to appear in the magazine.  I reviewed it and forwarded it, with my thoughts, to our media department for their analysis. About three hours later, I got a call to come down to my boss’s office. When I entered I saw a stack of memos on his desk.  Account Men develop a keen ability to read upside down, allowing me to see that the memos, and the attached proposals, were the ones I had sent out that morning. “What the Hell do you think you’re trying to pull?” he bellowed. “Rolling Stone is a stinking, commie-pinko drug rag that is trying to destroy the youth of America!” I countered by telling him that I didn’t think Gerald Ford would allow his son to work for a stinking, commie-pinko drug rag. That didn’t work. “Cavanagh, I’ve retrieved every single copy of your memo.  From now on, you check with me before sending out a memo like this.” I clicked my heels and smiled. “Jawohl, Herr Kommandant,” I said under my breath. This didn’t bother me at all. I knew that Mazda would soon be getting my proposal.

Fall of 1977 had been quite pleasant. Mostly crisp and clear, with a few gentle rains. Goodbye snow tires and salt stains on your shoes. Actually, the salt is called halite, the mineral rock form of sodium chloride. Everyone living in a snow climate stocks up on it to de-ice their driveways and front walks to keep the U.S. Postal Service lawsuits down. Anyone unfortunate enough to get caught behind a highway department truck spraying halite knows what it’s like to be strafed. Bad weather wasn’t supposed to hit Michigan until after January 1. December 8, 1977, dawned clear and cold. By 11:30 that morning, there were a few clouds rolling in. I took a Chevy client to lunch at The Recess. I had less than two weeks until I was done. The car companies had a wonderful policy of giving their white-collar workers the same benefits the UAW negotiated for the blue-collar workers.  This meant that all of our clients were gone on vacation between Christmas and New Year.  The agency gave the same vacation to everyone working on the Chevy account.  It was better to send us home than leave us to our own mischief

while the client was gone and there was nothing to do. And, 1977 was a Quadruple Jackpot Bonus year. Christmas Eve and Christmas Day fell on a Saturday and Sunday.  The same was true for New Year’s Eve and New Year’s Day! This meant that the vacation time for Christmas was moved to Thursday and Friday, 12/22 and 12/23. Everyone took off after the office closed on 12/21…meaning that because of impromptu office parties, nothing got done that day. My client and I took our seats at a table that had a great view of the GM Building across the street. Unfortunately, the sun was right in my client’s face, so I closed the curtain. It was a good, three martini lunch. We’d been there for about two and a half hours when our waiter came to our table. “Gentlemen,” he said, “it’s been snowing for the last hour and a huge blizzard is on its way.  We’re closing so we can get home.” I opened the curtain and could only see white.  The GM Building was nowhere to be seen. Nuts!!!! Twelve days from a clean get-away.

I raced back to a rapidly emptying office. The major streets were already clogged with traffic. I grabbed my coat and ran to the parking lot behind the Fisher Building. Because I no longer had a free car, I no longer had free parking and had to park outside with the normal people. The parking lot was a sea of identical white mounds. Which mound was covering my car? I found it on the fifth try. It was a heavy, wet snow. The kind that stuck to your windshield and would freeze there if you didn’t keep

your wipers on. I thought that I could avoid the gridlock on Woodward by taking side streets up through Highland Park. It was now 5 PM, and very dark. Apparently a lot of other people were as clever, because the Highland Park side streets were jammed too. It took me over seven hours to get home. This includes the three hours I spent waiting to buy a new battery after trekking about a mile in knee-deep snow to find an open gas station.  Get me out of here!!!

The morning of January 3, 1978, finally arrived. I had typed up three copies of my resignation letter, including the “two-week” notice. I wasn’t worried that they might keep me on.  I was more concerned with my well-being once the word got out. I hitched up my pants, took a deep breath, and headed to mahogany row to drop my bomb. As I entered the corridor, I was surprised to see two of my co-workers queuing up in front of their bosses’ offices. We looked at each other with a knowing look. We were all about to become non-persons. I

entered my boss’s office. Knowing how he reacted to the Rolling Stone’s thing, I wasn’t sure how he would react. He looked up and said, “Yes?” I handed him my letter. He opened it, read it, and rose from his desk.  “You S.O.B.!!” He came around the desk toward me. I assumed the Rabid Stork defensive pose. He thrust out his hand.  “Tom, congratulations! Where are you gong?” he asked. I told him. He smiled. “Good for you. All the best to you, you lucky devil.” I told him I had two more letters.  One for the Car Account Management Supervisor, and one for the Personnel Director. “Hey, I’ll do that for you.  Get back to your office and start packing. When they find out you’re going to work on Mazda, they’re going to make you clear out immediately.” I took his advice and went back to start packing. I told the folks I worked with every day. That was the toughest part. It took me an hour to put my stuff into boxes. I received a call from Personnel telling me that my final checks would be sent to me. I was informed that there would be no exit interview. I stepped out of the office and headed to the men’s room when I ran into Paul John, the EVP – Account Director, and his posse. “Hey, Cavanagh,” he said. I understand that you’re leaving for the land of fruit and nuts. You’ll fit right in!” He turned to his posse to elicit a reaction. They slowly started laughing as the herd moved on down the hall. The process of becoming a non-person had begun. When I got back to my office, I called Office Services to request a hand truck and some help taking my stuff out. They said they’d get right on it. I sat down at my now empty desk, and began making phone calls.  One went to Denny Remsing at FCB/H, telling him to beware, I was on my way. I called some of my media friends and thanked them for their friendship. I called Tom Boyle, the Small Car Ad Manager, and a good friend. He laughed and said, “You’re still here?  We’ve already been told.  They said that you’d left the building already.  Let’s stay in touch.” One of the other Account Men, Chuck Seibert, came by my office. “You’re still here?” he asked. “I would have split long ago.” I told him that I was waiting for Office Services. “How long ago did you call?” I realized that it had been over an hour. I called them back and was told that since I was no longer an employee of Campbell-Ewald, I couldn’t use any of their services. Chuck could tell from the look on my face that something was wrong. “What’s going on?” he asked. I told him and he exploded. “Those **&%^$ #$@^&! Tom, go get your car and meet me in front of the GM Building in fifteen minutes.” I asked why.  “Just do it,” he said. I grabbed my coat and went to fetch my car.  There used to be stretch of curb in front of the building that was reserved for GM heavyweights to get into their waiting cars. I availed myself of that space. Shortly after I pulled up, Chuck came flying out of the 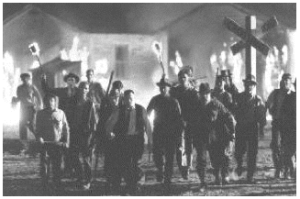 building, pushing a hand truck loaded with my stuff.  He ran up to the door. We started throwing boxes in the back seat. When we were done, he said, “Go! Go! Go!” As I sped away, I looked in the rear view mirror and saw the angry mob spill out of the building onto West Grand Boulevard. I had escaped and was on my way to start my new life.

Next:  Catastrophes That Weren’t My Fault