Don’t get me wrong, I had the world’s greatest job. Lunches at Chasen’s and at the Polo Lounge in the Beverly Hills Hotel, dinners at Perino’s and The Brown Derby, Preferred “client” seating for tapings of The Sonny & Cher Comedy Hour, and the Tonight Show. Visiting relatives thought I was a god. When things got slow in the office, I’d go make dealer calls in San Diego, Palm Springs, or Las Vegas. Sometimes I would go into our small projection room and watch old Chevy commercials that were in our TV vault.  The commercials, stored on tiny 16mm reels, were classic examples of the days when you didn’t have to talk about your latest lease deal, your MPG numbers, or let the public know that they were seeing “professional drivers on closed roads.” There was Dinah Shore telling me to “See the USA in my Chevrolet” because “America’s the greatest land of all…Mmmwahh!” Pat Boone, the teen heart-throb, pitching Chevys on the Pat Boone Chevy-Showroom. Doug Mahoney was one of our West Coast TV production people. He came in while I was watching the classic 1964 “Castle Rock” Chevy commercial where the agency had perched a Chevy and a very terrified model on the top of Castle Rock, 1500 feet above the Utah desert floor. Doug worked on the commercial.  As the helicopter flies over the top of the rock,

we see a model, Shirley Rumsey, smiling at the camera. The dulcet tones of Joel Aldrich, Chevy’s long time announcer, telling us that “Chevy stands alone.” What you don’t see are the high winds blowing around at that altitude (notice Shirley’s hair and her dress), the harness that Shirley wore under her dress which was bolted to the frame of the car (preventing her from being swept over the side), or Doug, hidden in the trunk with a walkie-talkie, holding on to her legs through a hole in the back seat. Shooting finished late in the afternoon.  The helicopter pilot said that the winds had picked up and flying Shirley and Doug off would be too dangerous.  His suggestion was that the two of them spend the night in the car.  Doug was all for that.  Shirley said that she’d rather jump over the side than spend the night in the trunk of a car with Doug. They brought them down. In college, I did a parody of this spot for a mattress company as part of an advertising assignment. The professor gave me a C-, saying that it was “utterly unbelievable.”

But everything wasn’t food, fun and games. GM, and the other Detroit car makers, were becoming slightly annoyed with what they thought was a passing fad…Japanese cars. After a bumpy start with the Datsun Bluebird, and the Toyota Toyopet, these companies, along with Honda, offered products that became hot 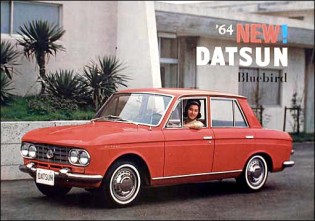 sellers in California. Chevy’s response was the Vega. Instead of building a small car from scratch, take a big car and shrink it, they thought.  To stem what was being called the Japanese invasion, Chevy started the California Marketing Project. They assigned a department head level manager to run it out of the Regional office in San Francisco. In addition to my regular weekly report, I was assigned the responsibility of writing weekly reports for the California Project. What kind of ads were they running? How heavy was the media spend? Did their engines, like the Vega’s, blow up? I even mentioned a blatantly xenophobic memo that was now circulating in the West Coast zone offices, written by a Zone Manger in the Cincinnati Region. He sent it to all of his dealers, decrying the fact that even though America had won WWII, the Japanese were again attacking the good old USA by “lobbing thousands of tons of steel onto our cities.” I received a call from someone in Detroit.  “Knock it off!” I was told.  “Your reports are too negative and they are upsetting a lot of people back here. Can’t you talk about anything positive?” I was going to mention that new “import fighter,” the Chevy Monza, that couldn’t be designed and engineered for California without having to choose between the Vega engine, and a monster 350 cubic inch 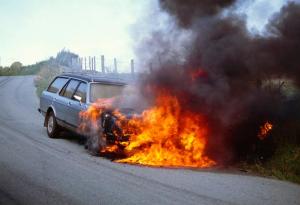 (5.7 liter) V-8 that was designed to go into cars weighing a ton more.  I loved LA restaurants too much to bring that up. Also, GM was getting bad press in Southern California.  To comply with California’s tough emission laws, GM’s post combustion catalytic converters would heat from 750 to 1000 degrees. This made parking your car in any dry grass during the SoCal brush fire season somewhat problematic. The late Kenny Hahn, an LA County Supervisor at the time, invited the press to a demonstration. A GM car was parked, with the engine running, near some dry grass. Within minutes, the reporters got their stories.

I’d write reports talking about the great price/value story the Imports had. I’d be scolded and told that their value story was only due to an undervalued yen. I would say that the mope from Culver City who’s shopping for the best deal doesn’t really care about the yen/dollar exchange rate. Detroit made a lot of money on option packages. They also offered a fistful of trim levels.  The dealer was quite happy if you drove away in a new Impala Luxus Elite Brougham Tourismo SS Squire Spyder Custom Towne Car.  The Imports were offering an average of three trim levels, all fairly well-equipped. Usually: L, S, and LS. I was smart enough to realize that, like a Great Lakes ore freighter, GM couldn’t turn around on a dime. The models coming out the next year had been decided upon almost three years earlier.

The ad agencies handling the Imports weren’t slouches either. When Chevy or Ford would drag their heels on renewing a California sports buy, the Imports, with fewer layers of people who could say “No” at the client, would pick them up.  The same was true when Chevy got out of outdoor.  All the franchise freeway and airport signs they had were picked up by Datsun and Toyota. 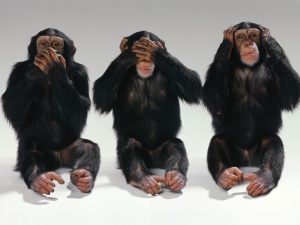 When clients came out to the West Coast, they were surrounded by people who didn’t want them to think that anything was wrong.  Not all Regional and Zone people were like this, but the few who weren’t were easily shouted down. The general feeling was that consumers would come to their senses and return to the True Faith. Even if it meant playing the “Buy American” card.