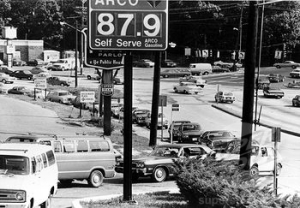 Beginning with the oil crisis of 1972-1973, America woke up to the fact that their cars needed better gas mileage. Unfortunately, imported cars (mainly Japanese) offered better gas mileage than domestic cars. One of the quickest ways to get better gas mileage was to make the cars smaller.  This made them lighter.  The engine had to carry less weight, and, viola’, the mileage was better.  Domestic car companies began churning out small cars and trumpeting their gas mileage. There was one small problem.  The manufacturers were putting out their own mileage figures. Ford offered California buyers a specially equipped vehicle they called the Pinto MPG, inferring high gas mileage. They also did a commercial featuring a Ford LTD driving from Phoenix to LA and getting great gas mileage numbers. The problem? The drive from Phoenix (1100 ft elevation) to Los Angeles (233 ft elevation) was done by a professional driver who was  basically driving downhill. 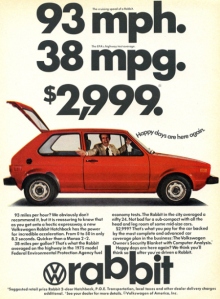 The EPA stepped in and ordered that all MPG figures be submitted to them for certification. Testing was done on a dynamometer. There was a strict protocol to be followed as far as the testing went.  It provided mileage numbers that were created in a laboratory. It was a flawed 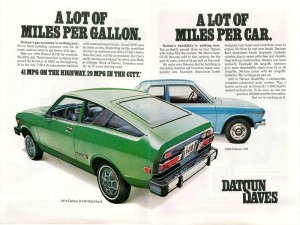 system, but at least all the manufacturers had to adhere to “testing” results for their MPG figures.  “Your actual mileage may vary.” Two numbers were figured; a “City” number which took stop and go driving into account, and a “Highway” number which almost always was higher. Manufacturers with higher numbers now had a new, powerful unique selling proposition. MPG as a USP!! Some companies even used gasoline efficiency as their theme line.

Chevrolet entered the MPG Madness with the Vega and the Chevette. Built on GM’s T-platform, the Chevette was already a “world car.” GM had been selling it under several different names around the world since 1973. My next assignment at Campbell-Ewald was as Small Car Merchandising Account Executive. We created, for Chevrolet, most of the dealer showroom display and sales materials.  I figured I was put on small cars because i had been “tainted” with California counter-culture thinking, and was better able to understand this silly rush to small cars…a phenomenon that most people in Detroit fervently hoped was a passing fancy.

Now that Chevy was selling small cars, they uncovered something that could derail their efforts to make the imports go away.  Chevy sales personnel 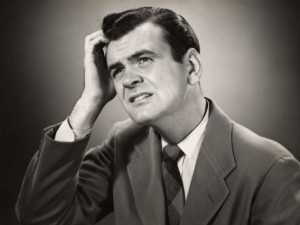 had no idea what Vega and Chevette competitors offered, or even how they were priced. They didn’t know the competing models’ trim levels or standard features. There was a lot of confusion out there. It made converting an “import intender” somewhat problematic. We convinced Chevrolet to let us produce the “Chevy Small Car Guide.” This was to become my own personal Summa Contra Vehicula Importa.

The Small Car Guide, as it came to be called, was a monumental undertaking. It had to be comprehensive, meaning that we had to touch on ALL now-competitive imports, not just the Cerberus of Toyota, Datsun, and Honda. It also meant that we had to give details on EACH model from the ALL the competitors. It had to be durable. We wrapped the binder cover in thick 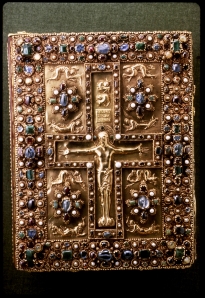 vinyl to protect against coffee spills, spittle, and blood. The binder rings had to open and close easily, as we would be updating it every year. The dividers had to be sturdy to withstand constant section flipping. There was a rumor that these dividers were made of Kevlar, allowing the Small Car Guide to be used as a bullet-proof shield. The poor salesman would now be able to tell the difference between a Triumph Vitesse Sports 6, and a Simca 1204, and how the Chevy Chevette was the right car for the customer. When finished, the Small Car Guide was over two inches thick and weighed in at almost six pounds. The world had not seen such a concentration of knowledge since the Julius Caesar set fire to the Great Library of Alexandria. I still have my copy of the Small Car Guide. It makes a great door stop.

We received some great news late in 1975. The Chevette with the 1.4L engine and 4-speed manual transmission, was certified with a very impressive City figure of 28 MPG, and phenomenal 40 Hwy MPG!!!!!  Shove those numbers up your Blubird all you imports. Finally, good news on the MPG front. We realized that we had to flood the nearly 6,000 Chevrolet dealerships with displays, posters, and banners heralding these game-changing MPG numbers. Meeting with our Chevy client, we settled on a “package.” Each of the 6,000 packages would contain: 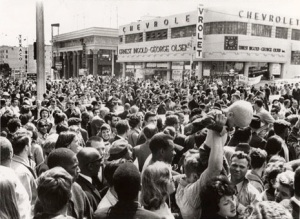 That should do it.  Festive and straight to the point.  We were on a tight production schedule to get the packages to dealers ASAP. They went out on time.  We knew that this kit would “drive showroom traffic.” Soon, thousands of import intenders would be driven into a Chevette buying frenzy by this beautifully designed showroom trim kit. The materials had been up for about a week when I got the call from our legal folks. Those weren’t the right MPG numbers!! “What do  you mean we printed the wrong MPG numbers?”

My first thought was to flee to Canada.  I still had relatives there. The trim kit had cost hundreds of thousands of dollars to produce and ship. Would GM also want to execute my family as well as me? I had visions of being strapped in, next to a crash test dummy, as our test 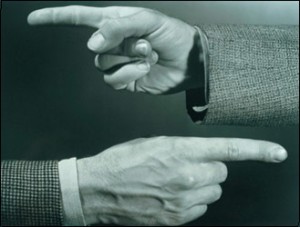 vehicle hurtled toward the impact wall at the GM Proving Grounds. Then I remembered the prime directive of all good account men: “Don’t take the blame if you can deflect it elsewhere.” But where? I started with the original numbers.  They had been published in an EPA Guide. Our legal department had a copy of the latest guide which showed the MPG numbers to be lower. The latest guide had come out while the kit was on press. Ahhh, wiggle room! But where did we stand legally? More importantly, where did I now stand in the food chain? This had to be resolved with a “plausible deniability” answer before Chevy got wind of it.  I decided to go to the source.  I called the EPA.  After being bounced around from functionary to functionary like a steel ball bearing in a pachinko game, I finally found the person responsible for “Automotive Advertising Certification Compliance.” I pled my case.  Help me Obi-wan Kenobi, you’re my only hope. There was a chuckle on the other end of the line.  “You ad guys sure get worked up over these numbers,” he said. “The numbers you used were what we call ‘interim’ numbers. We use those until the final ones come out.”  “But what’s a young account man to do when we have deadlines to meet?” I asked. “Oh, you’re OK,” he said. “We can’t expect commerce to halt while we finish our

testing. The interim numbers are legit because that’s all you had to go on at the time. You’re OK.” After a few moments my breath came back to me. “Can you send me a letter on EPA stationary explaining that, just to be on the safe side?” He did.  I showed it to our legal department.  We all agreed that nobody else needed to be notified about our kit with the higher numbers…especially not Chevrolet.

Next: I Am Driven Happy