Yes, that is a giant spider (statue) terrifying residents of the Roppongi District of Tokyo. I will let you know later how I was almost destroyed in this neighborhood.

Things were going swimmingly working on the Honda account. Co-workers were great, clients were great, my free car was great.  I didn’t think that things could get any better…but they did. Bill Hagelstein told me that we were going to Tokyo to visit Honda’s world headquarters and to attend the Tokyo Motor Show. On top of everything else, we were going to fly Business Class. Cool!

After an eleven and a half hour flight, which only seemed like half a day, we were transported to our hotel, The Okura. The Okura was a beautiful hotel situated across from the American Embassy. Built in 1962, it was to be a showcase hotel for Tokyo’s 1964

Summer Olympics. Sadly, they began to tear it down about a year ago to build a high rise hotel in anticipation of the Tokyo 2020 Summer Olympics. While I was checking in, I saw Don Hufford and Don Cooke, the Publisher and Ad Director of Car & Driver Magazine, walking toward me. Many magazines carrying import advertising  sent staff to cover the Tokyo Motor Show. Bill and I caught their attention.  Of course, being great media  reps, they immediately invited us to dinner.

There would be five of us for dinner. Don Hufford knew of a wonderful teppanyaki place in an area called Roppongi. Our cab stopped in front of Amakawa. Teppanyaki restaurants prepare your food on a hot grill  in front of you. Think of a Japanese version of Benihana. 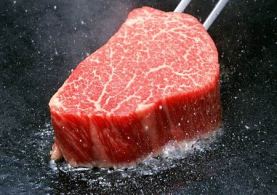 After two rounds of $15 Chivas, it was time to order dinner. Don said the kobe beef here was delicious. I looked at my menu and did the ¥/$ exchange math in my head.  A 12 oz. Kobe steak was $150…a la carte!! I looked for something cheaper, like Spam. Don then removed my cloak of guilt. You MUST try the Kobe beef. Sounds good to me. The tab for the five of us came to over $1500 in 1983 dollars. I guess this wasn’t Car & Driver’s first Tokyo Motor Show.

In the cab on the way back to the hotel I mentioned that there seemed to be a lot of bars and clubs in the area. My hosts told me that there were a lot of “hostess” bars in Roppongi. They had been to one the night before, and made the offer to take me with them the next time they went. For those who don’t know, Japanese

hostess bars are establishments where one can go for a drink and have a hostess assigned to you who will drink with you, flirt with you, light your cigarettes, sing karaoke, and listen attentively to your blather. The ladies are known as kyabajō, cabaret girls. There is no sex…Tokyo has other places for that. There are a number of these bars in L.A. and NYC. I know. The first one I went to was in Little Tokyo in downtown LA. I was the guest of the President and Executive Vice-President of Mazda. I should point out that these places are obscenely expensive. That is why 90% of bills at hostess bars are put on corporate credit cards. Corporations are more than happy to have their executives spend five or six hours together after work talking business and having a good time.

The Tokyo Motor Show is gargantuan in scope. Housed in several exhibition halls of the

Tokyo Convention Center, the TMS is a ten day event where manufacturers from around the world present their visions of the future of transportation. Over one million people will go through the gates. It’s a little like trying to get into a Super Bowl every day. One hundred thousand people every day pushing each other trying to get a glimpse of the latest from BMW and Toyota.

By the end of the day you think your arches have fallen. Looking at prototypes all day takes its toll on your body. That’s why I decided to make an appointment for a massage in the Hotel Okura’s spa. It was rumored to be world-class. I entered the spa waiting room and was shown to a chair to wait for my name to be called. A few minutes later an elderly woman dressed in white opened a door to one of the rooms and said, “Cavanagh-san?” I was surprised by the size of the room, and all the equipment. In addition to a massage table the room had a small soaking tub, a very short wooden stool next to a wooden

bucket, and some contraption that looked like it was a discarded prop from a David Copperfield show. We smiled and bowed. She pointed to a closet. We then held a brief discussion using the universal hand signals for, “Do I take all my clothes off?” She nodded. OK. Go with the flow. The lady then led me to the magic box.  She opened it and motioned for me to climb inside. Was she going to saw me in half? I then found out that it was steam cabinet. She cranked up the steam and watched as I poached. After ten minutes, she let me out and guided me to the very short stool. She had me sit on it, and as I figured out they weren’t going to bring in a cow for me to milk, this was part of the spa treatment. She began pouring buckets of warm, soapy water over me. Then she brought out a brush and went to town on me. Then more buckets of warm, clear water. I should have asked for the sealant and the wax buff.  I think you get a car deodorizer with the special. I was then led to the small pool that was filled with warm water.  I was about to fall asleep when she pulled me out, dried me off, and put me on the massage table. I did fall asleep about half-way through the massage. When I was done, I was refreshed, my arches were no longer fallen, and I decided to take up Car & Driver’s offer to go with them to a hostess bar.

Club Morena was a hostess bar in Roppongi. I knew of it because it was the favorite hangout of the American Honda executives. They said that I should go if I ever had the chance. I now had the chance. And making it better, the folks at Car & Driver were going to

host me. I called them and said that we cold meet there at 8:00. The cab driver dropped me off in front of a tall, narrow building. Fortunately, I found the words Club Morena among the jungle of gaudy signs with flashing lights. The sign said that Club Morena was on the 4th floor. I entered the building to see a very narrow stairway…no elevators! After much huffing and puffing, I arrived at Club Morena. As I entered the bar the mama-san (yes, that’s what they’re called) approached me with a “Hey, gaijin (foreigner), what are you doing here?” look on her face. She spoke English so I began rattling off the names of the American Honda executives.  Her face lit up. “Welcome to Club Morena!  Are you by yourself?”  I told her that I was meeting two other people. She hustled me to a large table in the corner as she barked orders in Japanese. By the time I got to the table, we were joined by three hostesses and three small trays full of wasabi peas and Japanese rice crackers. My hostess sat down next to me, while the other two kept a respectable distance at the table. She valiantly tried to ask my name in English. I told her, and asked hers.  She said, “Tiffany.” I had a hunch that Tiffany was her nom de hostess. I ordered a beer.

I figured that I could nurse it until my friends got there. Tiffany kept giggling and filling my glass.It was now 8:45 and I was starting to get a queasy feeling that I was on my own. I could hear the meter running…ka-ching, ka-ching. The mamasan came over and wanted to know where my friends were. She asked not so much out of concern, but because I was taking up a table for three. Fifteen minutes later she came back.  “It’s raining outside, maybe your friends are delayed.” She asked where my friends were staying.  Like an idiot I told her. She wanted to know their names saying she would call them for me. I blurted out, “Room 1207!” This was my room, so there would be no answer. She went and called, coming back to say that they must be on their way as she put another beer in front of me.  The other two hostesses had already been reassigned. I finally arrived at the terrifying truth.  I was on my own in the quicksand of overpriced booze!

A waiter walked by and I asked for my bill.  It came. $160 for a beer and some wasabi peas. I left the amount in yen and waited for the mamasan to go into the kitchen. Whispering “Sayonara” to Tiffany I bolted toward the door. As I hurtled down the stairway, I heard someone yelling, “Stop!  Stop!” It was Tiffany.  Was she going to drag me back to the mamasan?  It was then that I noticed that she was carrying an umbrella.  We walked out

onto the street.  It was pouring! She dutifully held the umbrella over me while I tried to hail a taxi. She informed me that the scores of cabs parked in the street were pre-booked by bar guests so they knew that they could get home. Tiffany handed me the umbrella and jumped in front of a moving cab. I heard what I guess was Japanese profanity coming from the driver as Tiffany motioned for me to get in. I made my escape.

As I walked through the lobby of the Hotel Okura, I spotted my Car & Driver friends at the bar. “What happened to you guys?” I asked. They informed me that they were very tired from being at the show all day and visiting Club Morena completely slipped their minds. I told them about my terror.  They laughed and asked if I wanted a drink.  I said yes.

NEXT:  Bless me Father, for I have sinned. Can you stash 60 Hondas for me?