The next three weeks passed by very quickly.  I moved into Campbell-Ewald’s Kansas City office.  It wasn’t so much an office as it was a cubby hole.  It was in the basement of the Mid-Continent Bank Building on Main St. and 49th.  The office had a small waiting room, and a door that led to my office.  Being in a basement, there were no windows. But I was pretty sure we’d be able to withstand any nuclear attack. After ten days of room service, we moved into an apartment on Wornall and 104th. The Missouri state line was about a quarter-mile away, and our balcony looked out into Kansas and the Milgram’s Supermarket where they sold Coors…at that time something that was unavailable to Michiganders.  I had a nice little side business going sending Coors to Michigan in exchange for Strohs, which was unavailable in Missouri.  My wife found a job at a newly opened dinner theater called Tiffany’s Attic.  It was almost directly across the street from my office.  We would ride to work together every day.  Very newlyweddy.

I found Kansas City enchanting. The only city with more fountains was Rome.  The Country Club Plaza was modeled after Seville, Spain. My office was adjacent to it. The people were very friendly.  In addition to Kansas City, I called on St. Louis, Des Moines, Omaha, Wichita, and Denver.  I was awash in Midwesterness.

I inherited another Chevy Impala from the previous Regional Account Executive.  At least I didn’t have to park this one in a building erected in 1927. On my very first day in the office, I met Marsha, my secretary.  As I was unpacking my briefcase, she came into my office, sat down, and gave me “the speech.”  “I’ve been here for 12 years,” she began, “and in

that time I’ve seen seven of you guys come and go. I’m the only constant in this office and the Chevrolet people know that.  I know where all the bodies are buried, who the good guys and bad guys are, and what you need to do to get transferred out of here in two years.  I have my own systems and way of doing things.  They ain’t broke, so  you don’t need to fix them.  I’m here to make you a star, so don’t do anything without letting me know first.  In fact, some of your predecessors rarely came into the office. I’ve already enrolled you  in the Kansas City Ad Club, and the Kansas City Ad Wheels.  The Ad Wheels, by the way, are having their Spring Meeting on the 14th.  You need to RSVP to this number.  It’s going to be a great way to meet the other “car guys” in town.”  With that she got up, and returned to her desk.

“Ummmm, OK,” I thought.  “This is going to be interesting.”  I called the number on the slip of paper Marsha had given me.  “Tom Dickey here,” said the voice answering the phone.  It turned out that Tom was the local BBDO rep handling Dodge.  He told me about the Ad Wheels, and that it was a group of field guys who represented the national car companies in Kansas City.  Ford, Dodge, VW, Toyota, Chrysler, Lincoln-Mercury, Pontiac, and now, Chevy would be represented. The meeting was to begin at 11:00 AM, followed by lunch.  “Oh, and remember to bring your bathing suit,” he added.  ??????  Tom explained that his office had a swimming pool and that the meetings were held around the pool while sipping  Jack Daniels and smoking cigars.  The meeting was scheduled for the 14th, which was the next day.  Sign me up!

On the morning of the 14th, my wife had to be at an early meeting and rode to work with a co-worker.  I would take her home that evening.  Shortly after I got to the office, Marsha walked in wearing a sundress and carrying a large beach tote over her shoulder. My Spidey sense began to tingle.  “Uhhh, Marsha, what’s up?”  “Didn’t Tom Dickey tell you?” she

asked.  “All of the secretaries are invited too!”  Oh well, this was my chance to make some valuable industry contacts.  The BBDO Kansas City office wasn’t an office.  It was a two bedroom apartment in a swanky area near downtown KC.  Tom greeted us and took us to the pool where a sumptuous spread was laid out.  There was a bartender behind a bar. Cigars were being passed out.  Jack Daniels was flowing like the Missouri River during a thunderstorm. The sun was blazing. The water refreshing. The afternoon passing.  The afternoon passing?!?!?!?  I found my watch.  It was 4:45.  I had 30 minutes to dry off, dress, and get to my office in rush hour traffic.  I gave Marsha cab fare…very classy.  I called my wife to tell her I might be a “tad” late picking her up.  “Where are you?” she asked.  Like a cornered rat I blurted out, “In my office.”  “Prove it,” she said.  Uh-oh.  “Just a plain old office,” I replied.  I sped back, stopping at my office to see why she was dubious as to my location. There on the floor of the office was a card she had passed through the mail slot.  “Happy One Month Anniversary!” Oh no, tomorrow was May 15th, our one month wedding anniversary. I raced to pick her up across the street, joking that I had seen the card when I got back from lunch.  I suggested that we go to dinner and a movie the next day to celebrate.

On the evening of the 15th we debated: dinner/movie; movie/dinner. We chose dinner/movie.  Bad choice. As we stood facing each other in line for the movie, my blood ran cold as I recognized the voice of the lady in front of us. It was Tom Dickey’s secretary!!  Maybe if I didn’t move, or say anything, she wouldn’t notice the quivering hulk standing behind her.  “Hey you!  Tom, it’s me, Tammie Sue, Tom Dickey’s secretary from the pool party yesterday. Wow!  How many cannonballs did you do into the pool.  Are you hung over?  Hey it was great seeing Marsha there with you.  Oh, is this your wife? Hey there, your husband’s quite the party guy.  Sorry he was late picking you up.  Hey!  The line’s moving.  See you all later.” I slowly turned to my wife.  The blank stare I got was terrifying.  “Move, she said, “the line’s moving.”

The movie was that light-hearted family laugh fest, Deliverance. Appropriate.  We sat in stony silence for the first half hour of the movie.  Then, she began to laugh. Taking her cue, 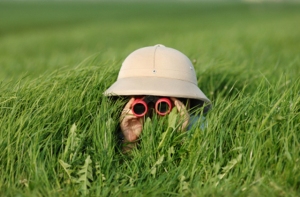 so did I.  She then turned in her seat and punched me in the right shoulder with all her might.  “You big dummy.  What, there are maybe 300,000 people in Kansas City?  You know maybe twenty of them?  And you run into one of them in line at the movie?  What are the odds?  I hope you learned something.”  “I did,” I said as we began our make-up smooching. No matter where I go, I’d better behave myself because I was bound to run into someone I knew.

Next:  Are We Going To Crash?

One thought on ““What Are The Odds?””