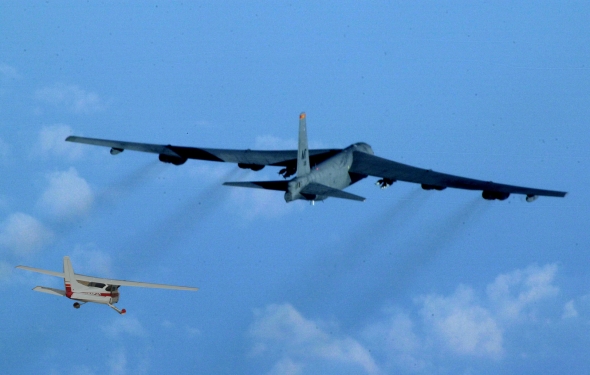 Omaha was one of the Chevy zone offices serviced out of Kansas City.  The zone would order an extra 1,000 red Impalas with white vinyl roofs, slap a University of Nebraska medallion on the grill, and easily wholesale every single one to the dealers in the zone.  We’d provide “Big Red One” ad materials to support the promotion. Dick Novotny was the Zone Merchandising Manager, and one of the nicest clients I ever had.  I flew up to Omaha to attend the promotion kick-off meeting.  Dick picked me up at the airport and took me to my hotel. “Don’t make dinner plans,” he said.  “I’m picking you up and taking you to dinner at my house. My wife and daughters are preparing a BBQ for us.”  !!!!!!!  This was a first!

We had a wonderful time at dinner.  Grilled Omaha steaks, corn on the cob, and blueberry cobbler.  I was really starting to love this job.  Dick told me that he had been a B-17 bombardier during WW II and his love of flying had encouraged him to get his pilot’s license.  He got it in 1968.  On our leaving, he asked if we make a stop. The FAA was holding a ground school class that evening, and he’d like to attend.  I agreed to join him, thinking that this would be a good way to digest my meal. 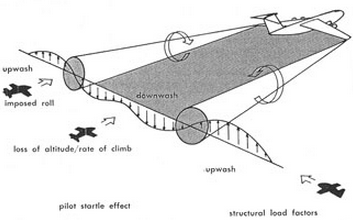 That evening I learned everything there was to know about “wake turbulence.”  Wake turbulence is the aerodynamic phenomenon that causes twin tornadoes of turbulence to stream out of the tips of the wings of a plane in flight.  This violently churning air extends about 5 miles behind and 900 feet below any large plane, e.g., DC-10, 747, etc.  The instructor showed videos of small planes being caught in the vortex.  They were tossed around like a terrier shaking a rat.  Note to self: stay away from wake turbulence.

Dick dropped me off and told me that he’d pick me up in the morning for our drive to see dealers in Grand Island. The next morning we only got as far as Millard Airport, a small facility outside of Omaha.  He pulled up to a two-seater Cessna. “Tom, it’s too pretty to drive to Grand Island today.  We’re going to fly.” Hmmmmm. Oh well, he said he had a license.  The first thing I noticed after I had strapped myself in was that the view out of the cockpit windshield was quite different from the view out of my free car.  I couldn’t see the runway, only the tops of tress in the distance and a lot of sky.  Once we were airborne, things leveled out. It was like an oversized ferris wheel.  We flew over vast farms, countless cattle, and we buzzed the poor inhabitants of Boys’ Town. Dick said, “Why don’t you take over? Have you ever flown a plane?”  Uhh, no.  Dick took his hands off the yoke and folded his arms.  I was able to unlock my fingers that had been holding the bottom of my seat in a death grip.  I lunged toward the yoke and grabbed it as hard as I 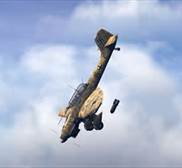 could. Of course, my sudden action threw us into a steep dive.  To the casual observer on the ground, we must have looked like a Stuka beginning a dive bomb attack on a hapless herd of Herefords.  Dick grabbed the yoke and pulled us out of the dive milliseconds before the wings were ripped off.  “Tom, you have to relax.  These things almost fly themselves.”  He turned us around, and set our course for Grand Island and the Chevy dealers waiting to start making thousands of dollars selling their Big Red Ones.

Once Dick had returned us to an even keel (sorry to mix the metaphor here) he turned the controls back over to me.  “Just let the plane fly itself.  We’re on a straight line to Grand Island.  Keep the artificial horizon level, and stay on this course.”  Piece of cake.  Dick busied himself with some paperwork, I was busy looking at the expanse of Nebraska below me.  I was feeling pretty sure of myself.  “Hello folks, this is the captain speaking.  I’ve turned off the seat belt sign…you are free to move about the cabin. We do ask that while in your seat, you keep your seatbelts fastened.  The flight attendants will be coming through the cabin serving lots of liquor and cigars.”  Far off to our right I saw what appeared to be a huge airport.  It was Offutt Air Force Base.  At the time, it was the headquarters for the Strategic Air Command, and home to several B-52 Stratofortress bomber wings.  Off to our left I could see Lincoln, Nebraska.  This sure beat driving to Grand Island.  Ahead of us I could see…the rear end of a B-52 flying about two miles in front of us.  Hmmmm.  Didn’t I just hear something about small planes being behind 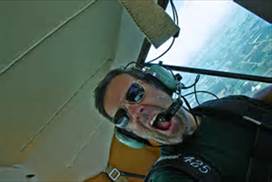 big jets?  I asked Dick, “Should we be worried about wake turbulence?”  “Why?” he asked, not looking up from his papers.  “Because of that,” I said, point to the large bomber butt beginning to fill our windshield.  “Oh shnikey!!!!” he screamed.  He really didn’t say shnikey. He grabbed the controls.  Too late!  We were suddenly flying upside down, and all I could see was ground, air, ground, air, ground, vomit, ground, air.  The B-52’s wake was having its way with us.  Lights and buzzers were going off on the instrument panel.  The whole plane started shuddering.  Slowly, as the giant, olive drab leviathan moved away, Dick was able to regain control of the plane.  The cockpit was filled with silence and the faint aroma of urine.

He turned the plane around.  We were headed back to Millard Airport.  Mr. Tom’s Wild Ride was over.  We drove to Grand Island to help the dealers make thousands of dollars.  I think Dick kept flying.  He just never took me along again.

Next: “Sir, Chevrolet will pay for all the damage.”

One thought on “Are We Going To Crash?”