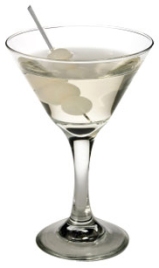 We left San Dimas a better place.  No Chevettes were injured in the filming of the commercial. I, however, had to do some serious damage control. Friends, family, neighbors, and real estate people were told that the whole Parker/Datsun thing was a false alarm. Time to make the best of the approaching Michigan winter. One of the great things about being the “Small Car Guy” was the opportunity to work on Corvette. Corvette!!!! The love child of Martin Milner and George Maharis. The name carried great cache. At a cocktail party, casually dropping the fact that you “did” Corvette advertising was like saying that you were the manager of The Rolling Stones. Originally designed by the legendary Harley Earl, the Corvette was introduced in 1953 at the New York Motorama. A young engineer named Zora Arkus-Duntov saw it there, falling in love with the design, but being disappointed with what was under the skin. He wrote GM, offering some ideas.  They hired him, and Zora became know as the “Father of the Corvette.”

Corvette’s 25th Anniversary was approaching. A special edition 1978 Corvette was already booked as the Pace Car of the 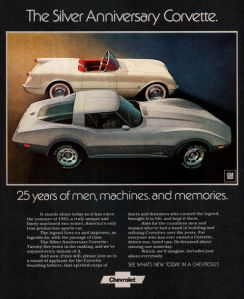 1978 Indy 500. We were going to produce a magazine ad commemorating the anniversary. The headline was “25 Years Of Men, Machines And Memories.” We shot the very first Corvette parked next to the current model. Knowing that there were a lot of rabid Corvettophiles out there, we had Chevy’s product specialists go over the artwork, checking its technical accuracies. Sure enough, within a week of the ad appearing, the Chevy Ad Department forwarded to me a nasty letter from  self-styled “Corvette expert.” “You idiots,” the letter said, “the ’53 Corvette only had two convertible top tie-down buckles, the Corvette you show has four! You goofed.” Hhmmm. Pretty sure that the Chevy product specialists knew their stuff, but I had to respond to the letter. I called one of the specialists, who suggested that I go to the horse’s mouth. He gave me Zora Arkus-Duntov’s home phone number. Zora had retired from Chevy two years earlier, so I didn’t know whether he wanted to be bothered. I called, and he answered. He explained, “Tom, the ad’s correct. The very first production models had four. We found out that we could use only two and save a few cents about thirty vehicles in to the initial production run. In fact, they borrowed that car from me for the shoot.” I expressed my thanks and told him about the nasty letter. “Tom,” he said, “give him my home number. I’ll talk to him.” I did. And he did.

There were also some great large-scale media lunches. CBS Spot Radio Sales would have great lunches at The Recess Club. KNX would bring in their on-air celebrity,Chef Mike Roy, to prepare an incredible meal. I got word that Sunset Magazine was going to do an industry luncheon in Detroit. I called a friend back in LA who was a Sunset mag rep to confirm the 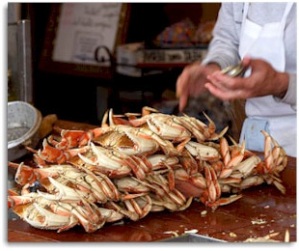 rumor. The Sunset lunches in LA were legendary. They consisted of all the Dungeness crab, sourdough bread, caesar salad, and California chardonnay you could consume. They were bringing this Bacchanal to The Raleigh House on Telegraph. I made a simple request: can you get me on the Detroit invite list? No problem! I brought Gary Anderson, another Account Man, with me. Gary’s father had been one of my first Chevy Field clients. By the time we got out to The Raleigh House in Southfield, there weren’t many tables left.  I chose a table near the kitchen were Gary and I would be the only two seated there. The all-you-can-out lunch surpassed my wildest hopes. After the Sunset speechifying, people began to drag themselves back to their cars. I told Gary to wait a few moments. Our waiter had been a kindly, elderly gentlemen. I called him over. “Sir,” I said, “do you know if they have any “extra” crab in the kitchen?” He told me that Sunset had vastly over-ordered on the number of meals, and the staff was wondering what to do with the leftovers. I gave him a $10 bill and asked him if he could grab a couple of crabs for us. About ten minutes later he reappeared with two 33-gallon garbage bags full of crab and bottles of chardonnay. Gary and I casually walked out of The Raleigh House with large bags slung over our shoulders. I still love Sunset Magazine!

The Recess Club was nestled across the street from the GM Building, in the Fisher Building. It was a very nice social/dinner 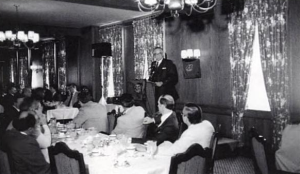 club that every young Account Man was expected to join. Serving lunch and dinner in the main dining room, it was a great place for client lunches or dinner before seeing a play at the Fisher Theater. The real attraction, however, was the Men’s Grill. The ultimate man cave. No women allowed. Upon entering, one was wrapped in the sweet aromas of cigarettes, cigars, spilled beer, and juicy cheeseburgers.  A pool table dominated the center of the eating area. A wonderfully stocked bar was against the left wall. A carefully-timed arrival would reveal a mag rep waiting to buy a client, any 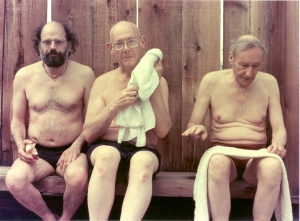 client, a drink. Against the far wall of the grill was the door to the health club. There, the iron fingers of masseur Henri Nussbaum could knead away the tensions of a creative presentation gone bad. There was a steam room where one could find out more about a GM client than necessary. The exercise machines helped work off the aggression that, if displayed at a meeting, could abruptly truncate a career.  The real center of business, however, was the card table next to the bar.

One evening I made the mistake of going into the men’s grill after work. My wife was going to dinner and a movie with friends, so I thought I’d grab a burger and a beer, and watch the Tigers. As I entered, I heard the cry, “Hey Tom, come over here and sit with us.” It was Dick O’Neil, the SVP-Management Supervisor on the car account. He was sitting at a table with what could be called the all-star line-up of GM ad and marketing heavy breathers. Dick introduced me around. “This is great!” I thought. Dick said, “Come on, sit and play cards with us.” It was then I noticed that they were playing gin rummy.  I know how to play gin rummy, but I’d rather play with undetonated hand grenades. But, I couldn’t pass up this chance to rub elbows with raw power. The bartender came up to our table. “Another round, gents?” he asked. Dick said yes. “Tom, do you want some onion soup?” Well, I was going to have a hamburger, but soup sounded good. “Sure,” 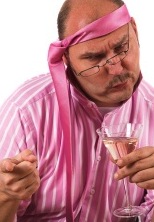 I said. Five minutes later the bartender returned, carrying six glasses (more like large bowls) of vodka, each containing about eight cocktail onions.  Onion soup!! It all went downhill from here. The cards kept being dealt, the soup kept coming, everyone was laughing at my jokes. Who needed food? The cocktail onions and bar peanuts satisfied my hunger. This was turning into a wonderful evening. I noticed that no money was on the table or being exchanged.  I asked Dick about this. “Club rules prohibit playing cards for money.” Whew! Now I was really having fun, realizing that I hadn’t won a single hand all evening.

The club was closing, it was time for us to call it an evening. Everyone got up to leave, shaking hands with me as they left. I decided that I needed to go to the restroom before leaving.  As I emerged back into the grill, the bartender asked, “Mr. Cavanagh, what’s your membership number?” “283,” I said.

I came back to the men’s grill for lunch two days later. As I sat down I looked at the wall behind the bar. I had always 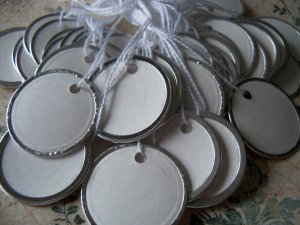 noticed the large pegboard with hooks and member numbers above each hook. Today, I noticed that five of the member numbers had large stacks of round metal discs on them. I got up and approached the board with some curiosity. What were all the tags doing there? Then my blood ran cold! Each tag had the number 283 written on it. I asked the bartender to explain this to me. “Well, Mr. Cavanagh, you lost big the other night.  Each of the people you lost to now has a tag with your number on their member hook. Actually, lots of tags. Each tag can be redeemed for a drink” Each of my “new friends” had twelve tags with the number 283 on it…50 drinks!!!! I was out almost $300. I ran back to Dick’ office. I couldn’t afford $300. Dick told me not to worry.  “It may take you a while, but you can always write off onion soup. Just give me the expense reports.”

This certainly was an interesting world.

Next:  Another “Close But No Cigar.”