As in many other industries, ad agencies follow a certain protocol when poaching talent from another agency. Rather than use a “scorched earth” policy that leaves behind bad feelings, reputable agencies rely on oblique seduction.  Thus it was when I was approached about leaving the bosom of Foote, Cone & Belding/Honig. Bill Hagelstein of Needham, Harper & Stears, called me one sunny afternoon.  Bill was part of the original immigrant wave from Detroit who ventured to Southern California to make ads for Japanese cars. In fact, we had worked together on the Datsun (now Nissan) account at Parker Advertising…for about 15 minutes. Bill had been working there for some time.  Datsun fired Parker 15 minutes after I was hired. Fate was attempting again to bring us together.

One sunny May afternoon in 1982 I received a call from Bill. After we exchanged pleasantries, Bill asked m

e if I might be able to help him with a favor. I immediately agreed. The folks at Needham were looking for an account supervisor to work on Honda. Bill outlined the responsibilities, salary range, and benefits.  I told him that I would “make inquiries.” I sat at my desk, staring at the narcotics officers busting crack dealers in the park across the street. It was then that a thought crossed my mind.  “Why should I offer someone else for this plum job.  Why don’t I go for it?” I went home and discussed it with the family. I was going to go for it.

I called Bill early the next morning. Like two sand cranes performing a mating ritual, Bill and I danced around the issue for a few minutes.  Then I said, “Bill, I thought of someone who would be perfect for the job at Needham. Me.” He laughed and said, “I was hoping you’d say that. I couldn’t come right out and ask you.” Plausible deniability. By me asking him, Needham couldn’t be accused of poaching. The agencies and clients would be calm about it.

It was tough leaving FCB/H. They are the ones, after all, who had plucked me from the Slough of Despond. I felt a great deal of loyalty toward the co-workers who had taught me that Tanqueray  was a damn fine gin. But I had to face facts. I didn’t see much chance for imminent upward mobility. The client was struggling to find a new identity afte

r being known for their rotary engines. At the time, Mazda was split into two American companies. One headquartered in Rancho Dominguez, CA., the other in Jacksonville, FL. Consensus on creative was often a rocky road. Oh, who am I kidding? I did it for the money.

Honda and NH&S were whole different worlds from where I was. Accords, Civics, and Preludes were flying out of dealer showrooms faster than the trucks could deliver them. It was like printing money.  Actually, a few years later something like that was going on. But enough has been written about that chapter that I don’t need to go there.

mirrored what their advertising slogan was: Honda – We Make It Simple. No onorous creative and budget presentations to countless levels of committees . For major presentations we would be in front of four people: Joe Haight, the Honda Ad Manager, Tom Elliott , at that time the VP of Marketing, Cliff Schmillen, SVP of the automotive division, and Yoshihide Munekuni (known affectionately as “Moon”), the President of the automotive division.  Back then, Honda was using the avuncular, soothing tones of Burgess Meredith as the voice-over talent in the commercials. Once the storyboard had been presented, we would read the copy, starting with the words, “And then Burgess says…”

Honda also gave NH&S responsibilities that went beyond the “normal” client/agency relationship. Working with Porter/Novelli Public Relations, we put on their new product short-lead press previews. One of our account people was the “The Honda News Bureau.” We produced their major meetings, including their annual dealer meetings.

In previous posts I’ve gone on about how great it was to have a job that gave you a free car. This job went a step further. It allowed you to hobnob with the rich and famous. Honda was coming out with a completely new iteration of the Accord.  They wanted to dazzle their dealers at the dealer meeting where the car would be revealed. Honda asked us to handle the meeting. Honda knew that most of their dealers would attend with spouses and/or girlfriends in tow. Honda wanted to invite industry thought-leaders. J.D. Power (Dave Power) would attend with his Associates. I was glad Dave was coming because he loved cigars as much as I did. Honda Motor Ltd. executives from Tokyo would be there. A lot of people would be there. We needed a massive venue. Bob Welsh was the titular head of the Honda account at NH&S.  He also was the producer of the Honda meetings and shows. He put Sol Hurok to shame.

The first thing Bob did was to take over the Las Vegas Hilton. They could accommodate the 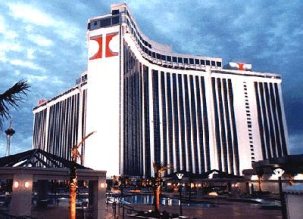 2000+ rooms that would be needed. Then he booked a “surprise mystery guest,” to boost attendance. Then he used the leverage that comes with booking thousands of rooms to coerce the kitchen and chefs to do the near impossible. When I checked in three days before the event, I was told by reception that I only needed to provide ID. I said, “Don’t you need a credit card for incidentals?” I was told that wouldn’t be necessary as my entire stay was being comped.

Very impressive.  I immediately tried to determine how many pay-per-view movies I could watch during the six days I would be there. The new Accord presentation went off without a hitch. When the commercials were shown in the darkened ballroom, our agency plants in the audience were able to start the cheering and applauding. Almost as impressive as the show was the dinner 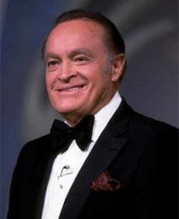 that night.  After a few words from Cliff Schmillen, dinner started.  The Hilton chefs had prepared Beef Wellingtons for 2,000, all of them served warm. Dessert was flaming Baked Alaska for 2,000, all of them done correctly. After dinner Cliff introduced the “surprise mystery guest” to the musical strains of “Thanks for The Memories.” Bob Hope walked
out to thunderous applause. Hope was great. A few hours before the dinner his people had asked for the names of the Honda president, the largest dealer, the worst golfer, the highest ranking executive from Japan, etc. He seamlessly worked all of them into his routine. After the dinner, several of us from the agency and Honda were told to be in the lobby the next morning by 9:00 AM. We were also told to bring swimsuits.

The next morning, six of us assembled in the lobby. The Hilton’s Director of Marketing came up to us and said, “Follow me.” We went out the front doors and were escorted into waiting limousines. I breathed a sigh of relief as the limos turned toward Lake Mead and were not heading out into the desert. We were’t going to be whacked! The Marketing VP

told us that the Hilton Hotel wanted to thank us for our “hard work” over the last few days by letting us spend the day on Barron Hilton’s yacht. The crew saluted as we boarded. A light breakfast was laid out in one of the state rooms. The bartender was able to supply much needed Bloody Marys. I spotted a box of pampers, guessing that those were for baby Paris. We cruised to a small cove on the other side of the lake where the captain dropped anchor. A diving board was attached to the stern section of the upper deck. Lunch was served onshore. After an afternoon of Glennfiddich-fueled cannonball dives off of the diving board, the captain headed back to the marina where the waiting limos took us back to the hotel. Hmmmm. This Honda gig was pretty neat!

Next: I Shut Down New York City

4 thoughts on “I Leave Home”